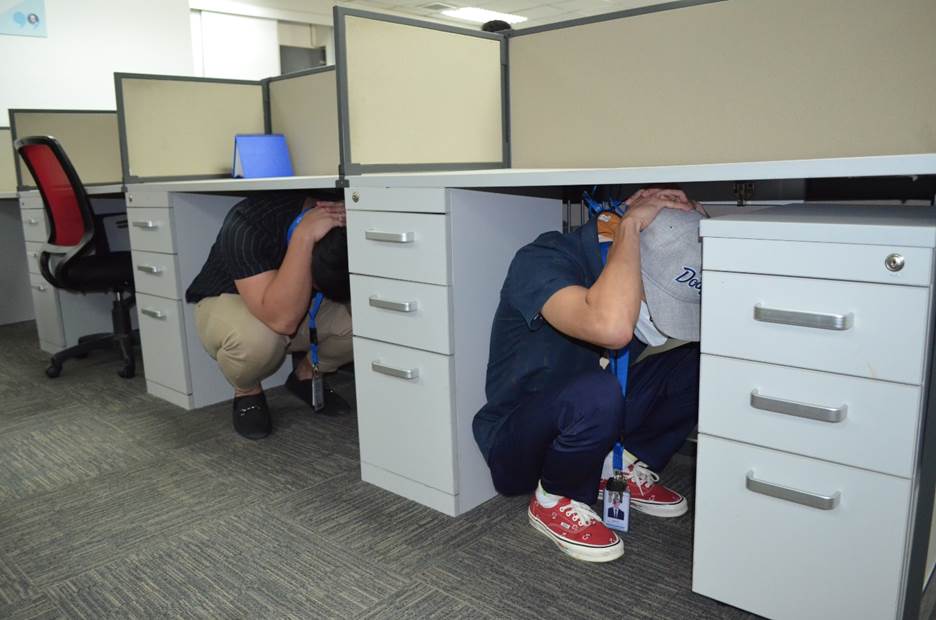 On September 8, 2022, Global Process Manager Inc. (GPM) participated in the 3rd Quarter’s Nationwide Simultaneous Earthquake Drill (NSED), a countrywide earthquake drill launched by the National Disaster Risk Reduction and Management Council (NDRRMC) as part of its regular safety procedures. It has been two years since the last face-to-face NSED and with the loosening of COVID-19 safety protocols, it seemed to be a favorable time to conduct the exercise.

The drill started with the employees and management of GPM from the 17th floor of Times Plaza being directed to duck, cover and hold under their desks, observing the standard safety protocols. This was followed by the GPM team lining up before the emergency exit, headed by GPM’s Health and Safety officers. The evacuation was initiated as soon as the alarms rang.

Shortly after, the team assembled in General Luna street corner of Taft Avenue. Joining them were other tenants from Times Plaza, who were gathered into groups according to the floor they conduct their business in. After a few minutes of conducting a headcount and assessing the situation, the GPM team, together with the Times Plaza crowd, were instructed to re-enter the building, wrapping up this quarter’s national earthquake drill.

GPM Celebrates Year of the Ox with a Valentine Twist

GPM a Finalist for Outstanding Employer of the Year